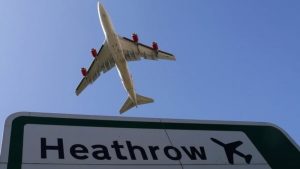 Mrs May’s ministerial sub-committee on Heathrow expansion,  which Philip Hammond our MP is a member, is expected to vote in favour of presenting the Revised National Policy Statement (Heathrow expansion) to Parliament. Given the recent rail debacles that the Secretary of State for Transport Chris Grayling has presided over, with many from both sides of […]